A Brief Overview of Deep Learning

(This is a guest post by Ilya Sutskever on the intuition behind deep learning as well as some very useful practical advice. Many thanks to Ilya for such a heroic effort!)

Deep Learning is really popular these days. Big and small companies are getting into it and making money off it. It’s hot. There is some substance to the hype, too: large deep neural networks achieve the best results on speech recognition, visual object recognition, and several language related tasks, such as machine translation and language modeling.

But why? What’s so special about deep learning? (from now on, we shall use the termLarge Deep Neural Networks --- LDNN --- which is what the vaguer term “Deep Learning” mostly refers to). Why does it work now, and how does it differ from neural networks of old? Finally, suppose you want to train an LDNN. Rumor has it that it’s very difficult to do so, that it is “black magic” that requires years of experience. And while it is true that experience helps quite a bit, the amount of “trickery” is surprisingly limited ---- one needs be on the lookout for only a small number well-known pitfalls. Also, there are many open-source implementations of various state-of-the-art neural networks (c.f. Caffe,cuda-covnet, Torch, Theano), which makes it much easier to learn all the details needed to make it work.

Why Does Deep Learning Work?

It is clear that, to solve hard problems, we must use powerful models. This statement is obvious. Indeed, if a model is not powerful, then there is absolutely no chance that it can succeed in solving a hard problem, no matter how good the learning algorithm is.

The other necessary condition for success is that our model is trainable. That too is obvious, for if we cannot train our model, then its power is useless --- it will never amount to anything, and great results will not be achieved. The model will forever remain in a state of unrealized potential.

Fortunately, LDNNs are both trainable and powerful.

When I talk about LDNNs, I’m talking about 10-20 layer neural networks (because this is what can be trained with today’s algorithms). I can provide a few ways of looking at LDNNs that will illuminate the reason they can do as well as they do.

These four arguments suggest (strongly, in my opinion), that for a very wide variety of problems, there exists a setting of the connections of a LDNN that basically solves the problem. Crucially, the number of units required to solve these problems is far from exponential --- on the contrary, the number of units required is often so “small” that it is even possible, using current hardware, to train a network that achieves super-high performance on the task of interest. It is this last point which is so important, and requires additional elaboration:

What is learning? Learning is the problem of finding a setting of the neural network’s weights that achieves the best possible results on our training data. In other words, we want to “push” the information from the labelled data into the parameters so that the resulting neural network will solve our problem.

The success of Deep Learning hinges on a very fortunate fact: that well-tuned and carefully-initialized stochastic gradient descent (SGD) can train LDNNs on problems that occur in practice. It is not a trivial fact since the training error of a neural network as a function of its weights is highly non-convex. And when it comes to non-convex optimization, we were taught that all bets are off. Only convex is good, and non-convex is bad. And yet, somehow, SGD seems to be very good at training those large deep neural networks on the tasks that we care about. The problem of training neural networks is NP-hard, and in fact there exists a family of datasets such that the problem of finding the best neural network with three hidden units is NP-hard. And yet, SGD just solves it in practice. This is the main pillar of deep learning.

We can say fairly confidently that successful LDNN training relies on the “easy” correlation in the data, which allows learning to bootstrap itself towards the more “complicated” correlations in the data. I have done an experiment that seems to support this claim: I found that training a neural network to solve the parity problem is hard. I was able to train the network to solve parity for 25 bits, 29 bits, but never for 31 bits (by the way, I am not claiming that learning parity is impossible for over 30 bits --- only that I didn’t succeed in doing so). Now, we know that parity is a highly unstable problem that doesn’t have any linear correlations: every linear function of the inputs is completely uncorrelated with the output, which is a problem for neural networks since they are mostly linear at initialization time (so perhaps I should’ve used larger initial weights? I will discuss the topic of weight initialization later in the text). So my hypothesis (which is shared by many other scientists) is that neural networks start their learning process by noticing the most “blatant” correlations between the input and the output, and once they notice them they introduce several hidden units to detect them, which enables the neural network to see more complicated correlations. Etc. The process goes on. I imagine some sort of a “spectrum” of correlations --- both easy and hard, and the network jumps from a correlation to a more complicated correlation, much like an opportunistic mountain climber.

While it is very difficult to say anything specific about the precise nature of the optimization of neural networks (except near a local minimum where everything becomes convex and uninteresting), we can say something nontrivial and specific about generalization.

And the thing we can say is the following: in his famous 1984 paper called "A Theory of the Learnable", Valiant proved, roughly speaking, that if you have a finite number of functions, say N, then every training error will be close to every test error once you have more than log N training cases by a small constant factor. Clearly, if every training error is close to its test error, then overfitting is basically impossible (overfitting occurs when the gap between the training and the test error is large). (I am also told that this result was given in Vapnik’s book as small exercise). This theorem is easy to prove but I won’t do it here.

But this very simple result has a genuine implication to any implementation of neural networks. Suppose I have a neural network with N parameters. Each parameter will be a float32. So a neural network is specified with 32N bits, which means that we have no more than 232N distinct neural networks, and probably much less. This means that we won’t overfit much once we have more than 32N training cases. Which is nice. It means that it’s theoretically OK to count parameters. What’s more, if we are quite confident that each weight only requires 4 bits (say), and that everything else is just noise, then we can be fairly confident that the number of training cases will be a small constant factor of 4N rather than 32N.

If we want to solve a hard problem we probably need a LDNN, which has many parameters. So we need a large high-quality labelled training set to make sure that it has enough information to specify all the network’s connections. And once we get that training set, we should run SGD on it until the network solves the problem. And it probably will, if our neural network is large and deep.

What Changed Since the 80s?

In the old days, people believed that neural networks could “solve everything”. Why couldn’t they do it in the past? There are several reasons.

It’s funny how science progresses, and how easy it is to train deep neural networks, especially in retrospect.

Ok. So you’re sold. You’re convinced that LDNNs are the present and the future and you want to train it. But rumor has it that it’s so hard, so difficult… or is it? The reality is that it used to be hard, but now the community has consolidated its knowledge and realized that training neural networks is easy as long as you keep the following in mind.

Here is a summary of the community’s knowledge of what’s important and what to look after:

I am pretty sure that I haven’t forgotten anything. The above 13 points cover literally everything that’s needed in order to train LDNNs successfully.

But what does the future hold? Predicting the future is obviously hard, but in general, models that do even more computation will probably be very good. The Neural Turing Machine is a very important step in this direction. Other problems include unsupervised learning, which is completely mysterious and incomprehensible in my opinion as of 8 Jan 2015. Learning very complicated “things” from data without supervision would be nice. All these problems require extensive research.
Posted by Yisong Yue at 10:22 PM 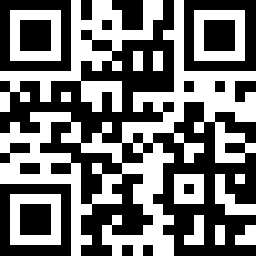